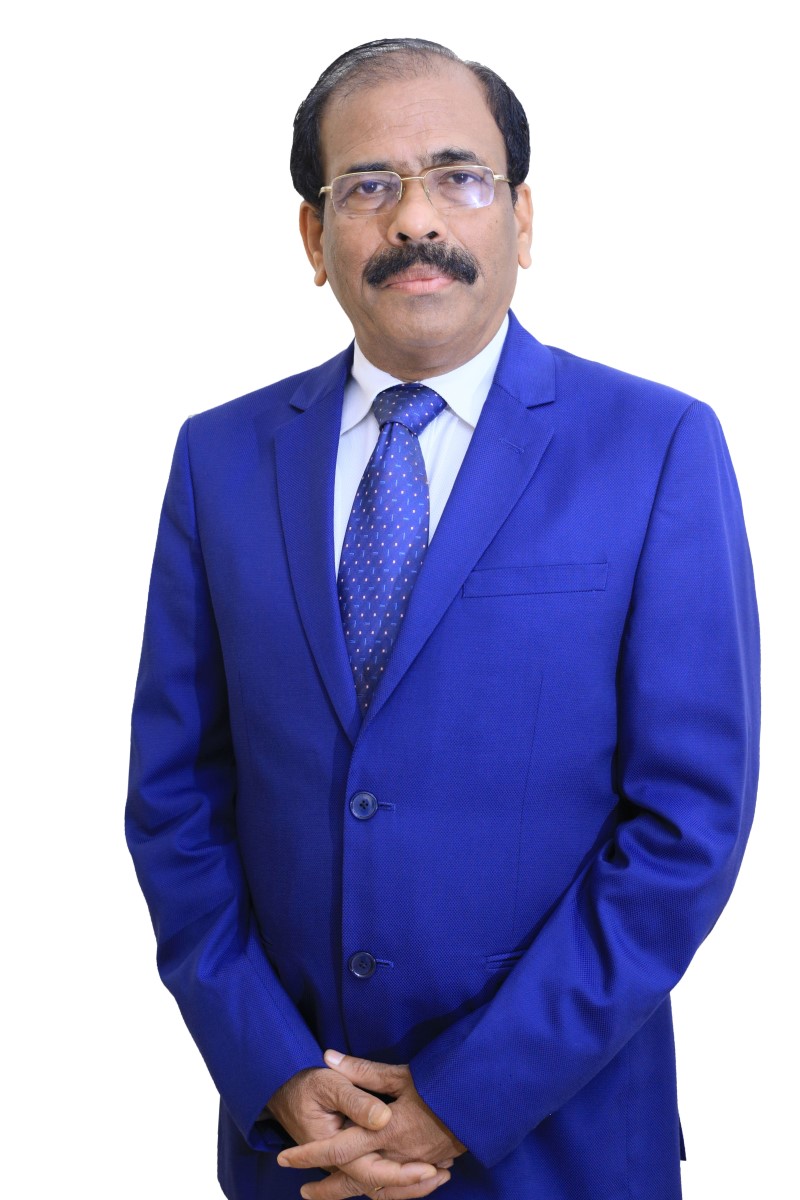 A senior banker with forty-two years of experience in the Indian and African banking industry, Mr. Thambi, was appointed as Chief Executive Officer & Managing Director of Diamond Trust Bank Uganda Limited (DTBU) in July 2007. Prior to joining DTBU, he was Senior Vice President and Head of Retail Banking of a leading private sector bank in India. Prior to this, Mr. Thambi held the positions of Senior Vice President & Head of Inspection and Audit and Vice President & Head of Banking Operations and branch control of the bank. He holds a Bachelor of Science degree in Physics, a post-graduate diploma in Cyber laws (Nalsar University, Hyderbad, India) and Oracle Financials. Mr. Thambi is an Honorary Fellow of Uganda Institute Banking and Financial Services and served as on the board of (UIB FS) from 2008 to 2014. 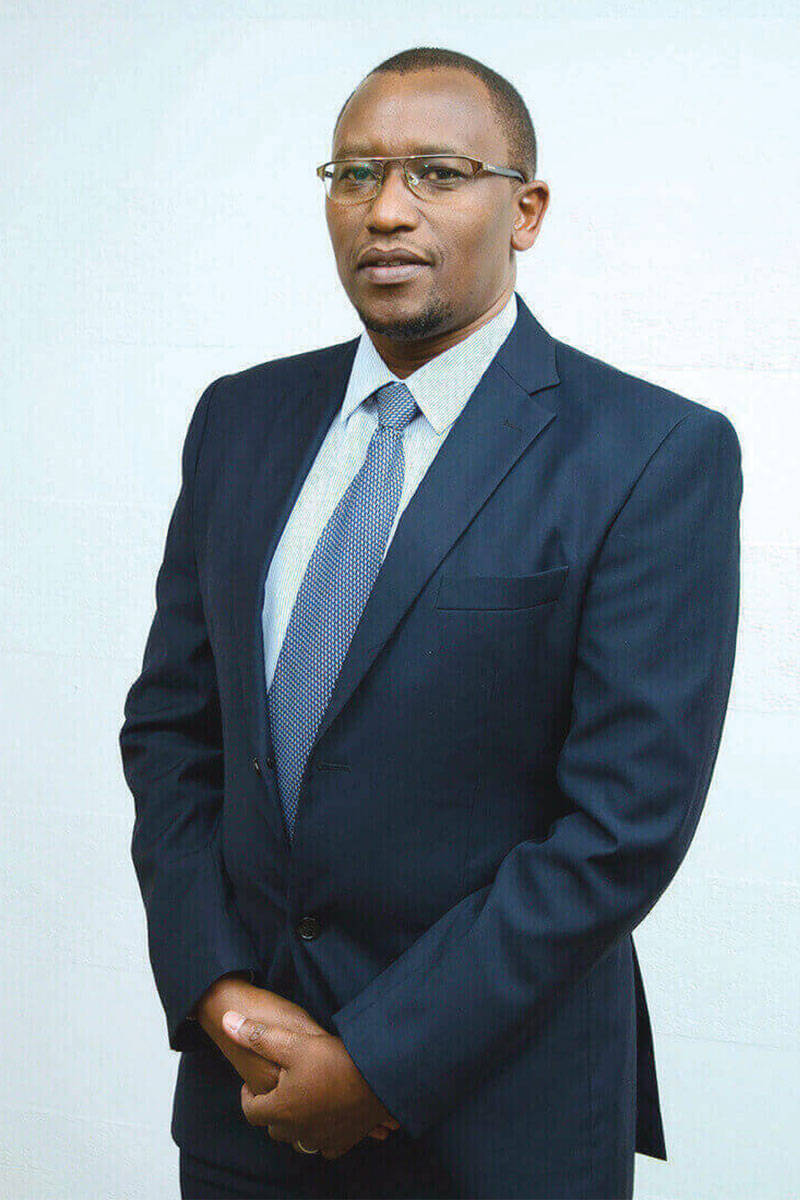 A senior banker with fifteen year of experience in the banking industry, Mr. Maina Kariuki forty-four, was appointed to Executive Director of Diamond Trust Uganda Limited in June 2013. Prior to joining on 1 st August 2002, he was employed with Diamond Trust Bank Kenya Limited for two and a half years in the Finance Department. Mr. Kariuki has worked as an auditor in Pricewater house coopers ( formerly Cooper & Lybrand) for six years, since 1994. He holds a Bachelor’s Degree in Art (majoring in Economics) and is a qualified Certified Public Account of Kenya (ICPAK). 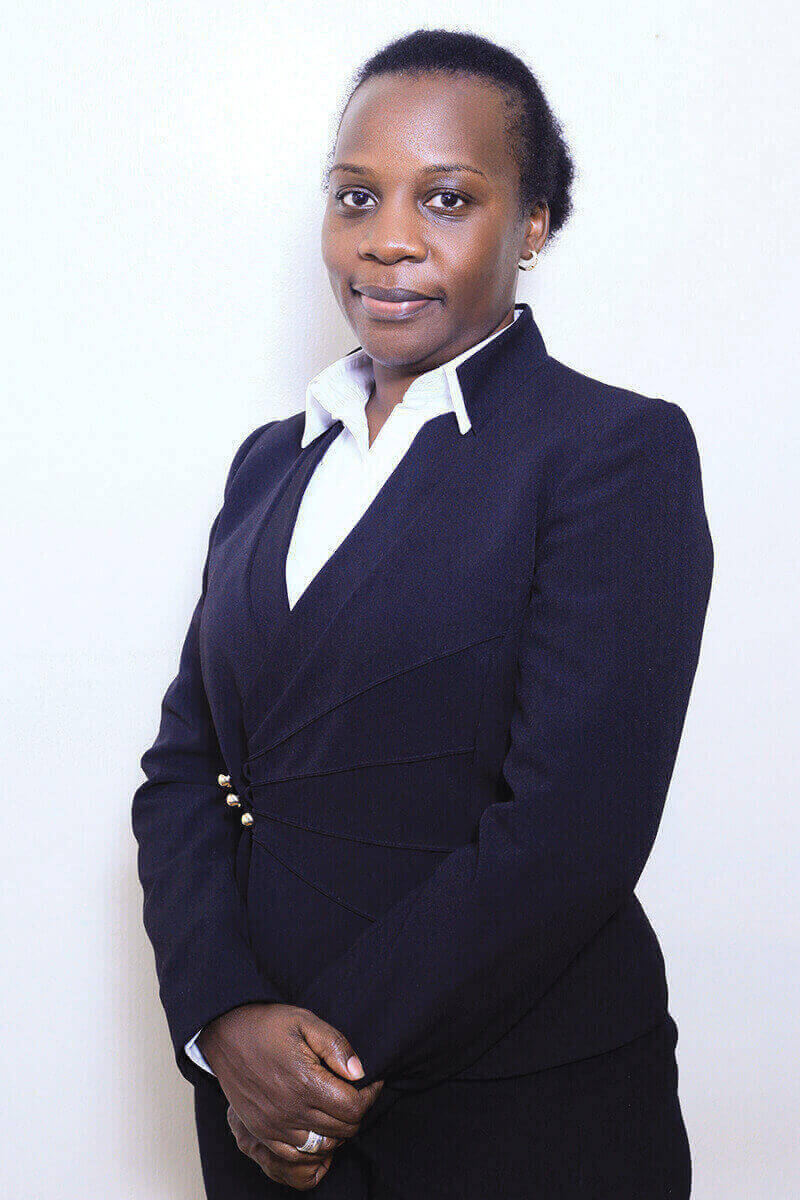 Before joining UBA, she worked in the Legal and Credit Departments at Stanbic Bank Uganda Limited and was an Associate at Magezi, Ibale & Co. Advocates. She holds an LLM (University of Cape Town), LLB (Hons) MUK, LP (LDC) and is a practicing Advocate of the High Court of Uganda and all other courts subordinate thereto. She also has over ten years’ experience in banking. 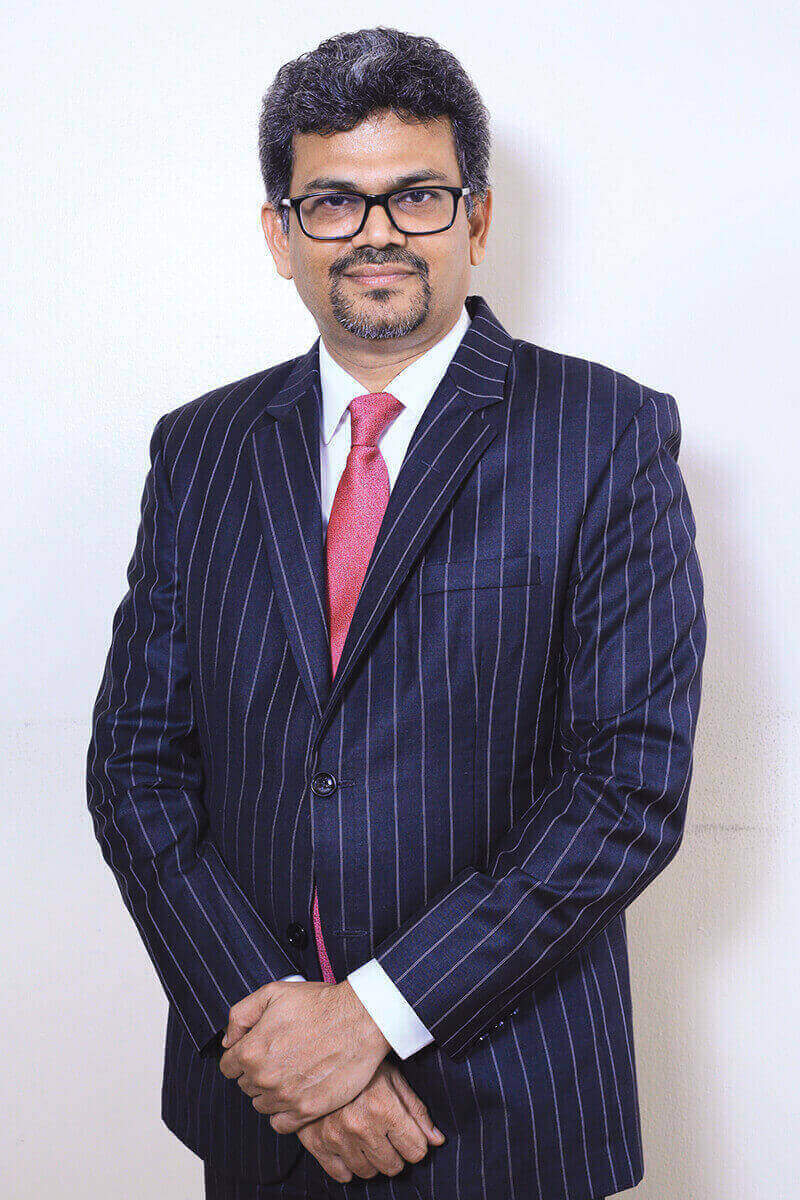 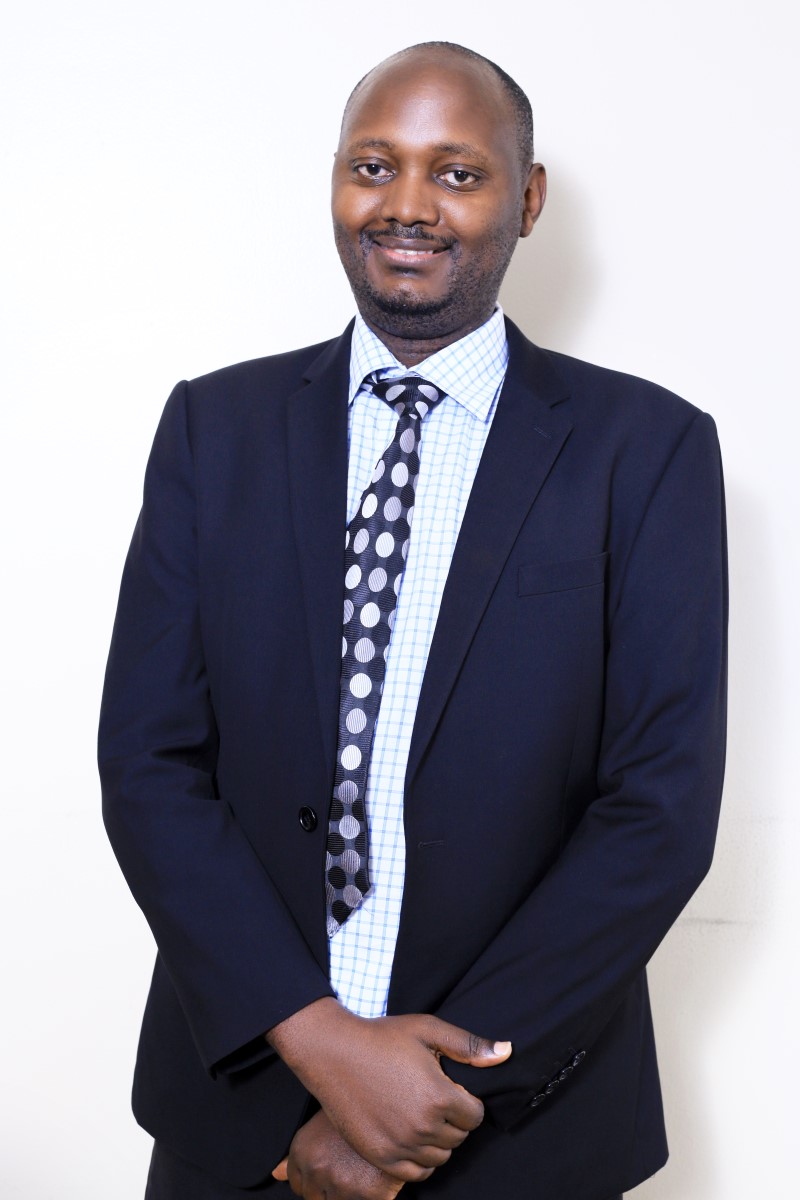 Mr. Francis Gathitu was appointed as the Bank’s Head of Finance in January 2016. Before joining DTBU, he worked in the Finance Department at Diamond Trust Bank Kenya Limited for five and a half years. Mr. Francis previously worked as an auditor in Deloitte & Touche. He has over thirteen years’ experience in accountancy and banking. He holds a Bachelor’s degree in Commerce (majoring in Finance) and is a qualified Certified Public Accountant of Kenya (ICPAK). He is very resourceful in providing guidance on matters of finance and accounting. 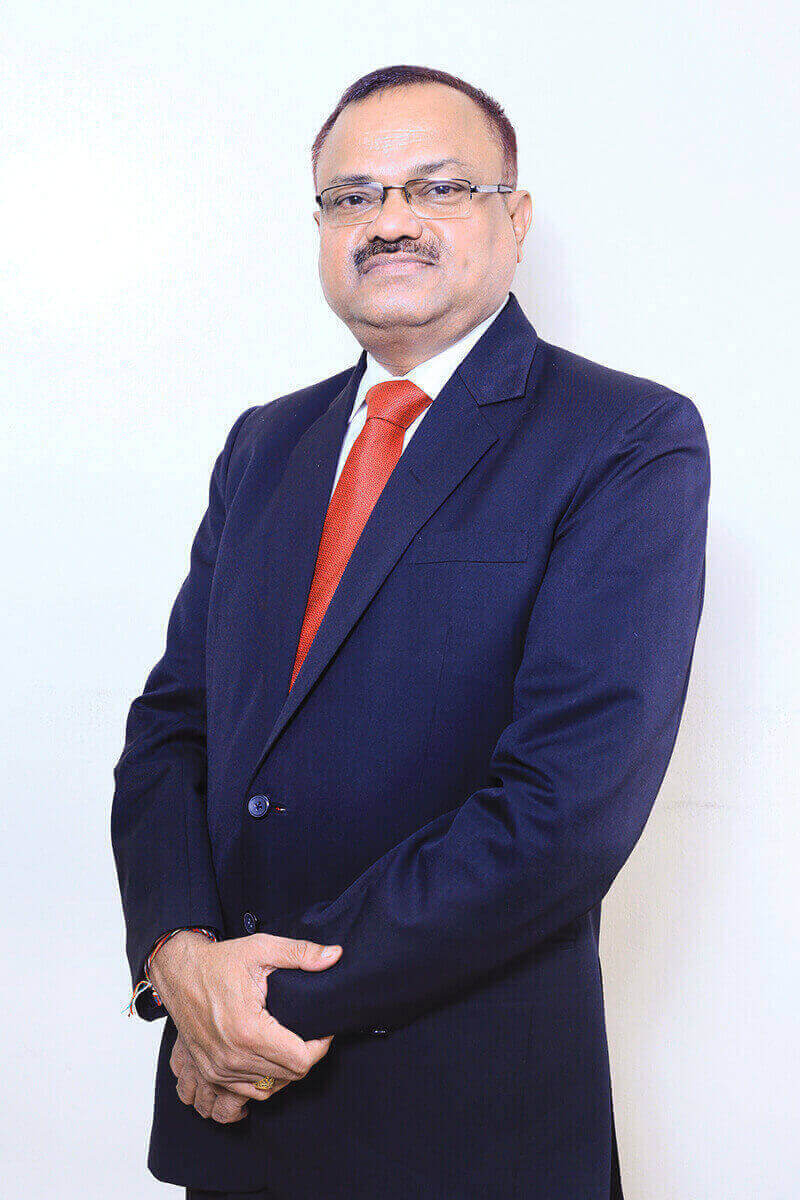 Jyotiranjan Mishra was appointed as Head of Business, Diamond Trust Bank Uganda Limited in October, 2018. Mr. Mishra is having twenty-eight years of experience in banking industry and held various positions. Mr. Mishra holds a degrees in Master of Business Administration as well as Bachelor of Laws. He is also a life time member and Certified Associate of Indian Institute of Banking and Finance. 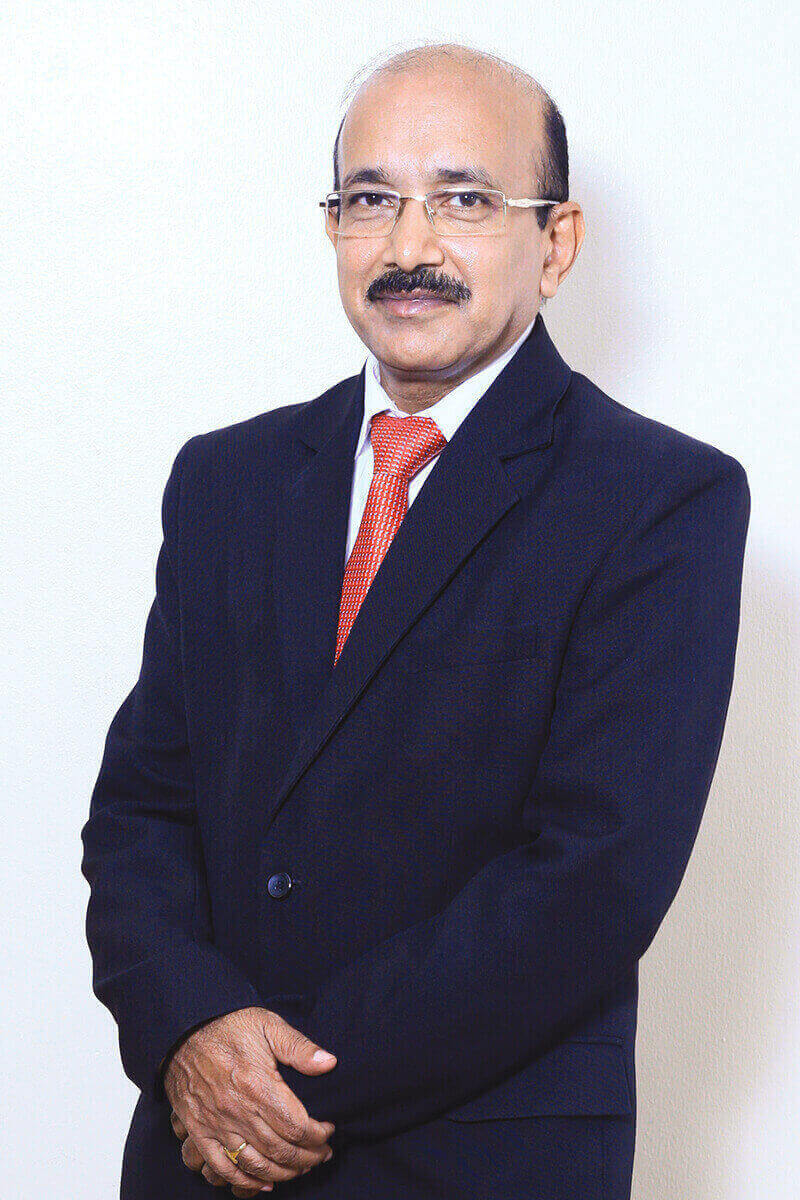 Mr. P. V. Shreedharan was appointed Head of Treasury & International Banking of Diamond Trust Bank Uganda Limited in April 2010.
An established treasury dealer with over thirty-five years’ experience in banking, Mr. Shreedharan has held various positions in State Bank of India and Development Credit Bank Limited, in the past. He holds a Master’s Degree in Mathematics and is a Certified Associate of the Indian Institute of Bankers. 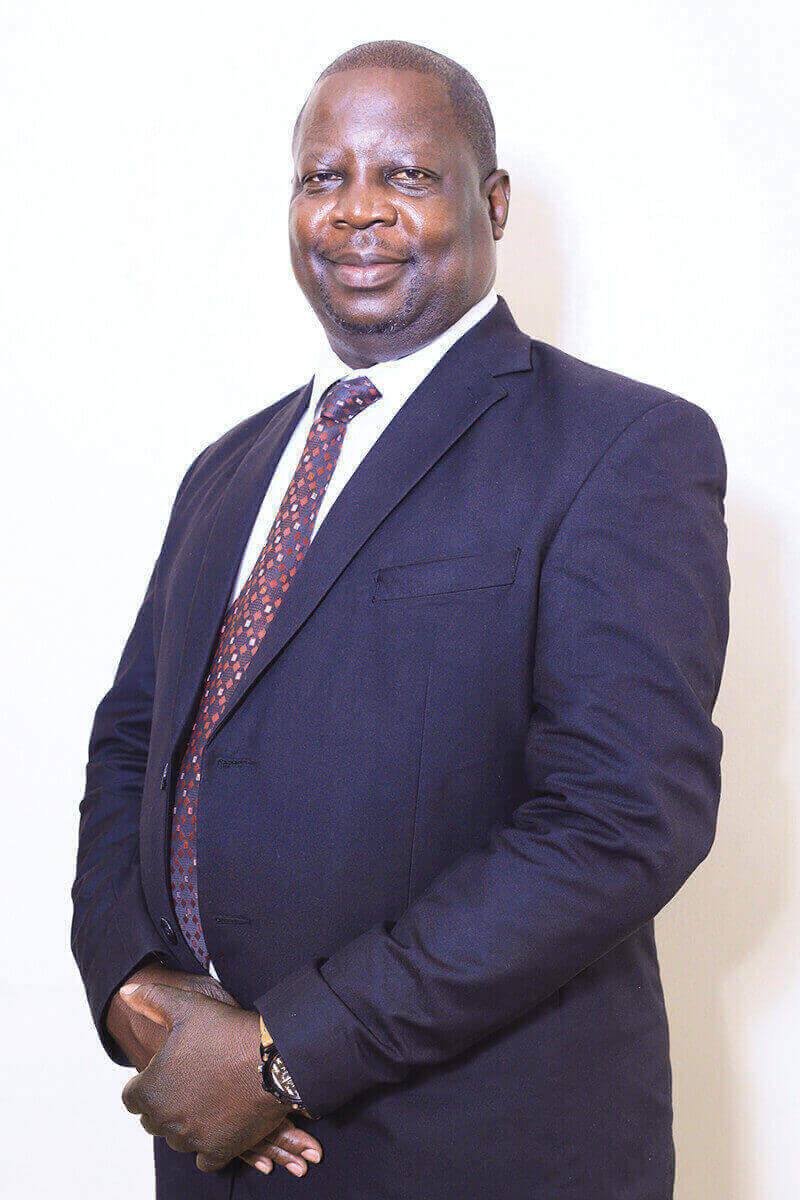 Phillip joined the Bank in 2001 and worked in various departments. In this role, he is responsible for all aspects of branch and channel operations, service and revenue growth. Prior to joining DTB Uganda, he worked with an NGO, Community Empowerment for Rural Development (CEFORD). Phillip graduated with a Bachelors of Science in Applied Accounting, Edinburg. He is a chartered accountant having attained ACCA and CPA (U). 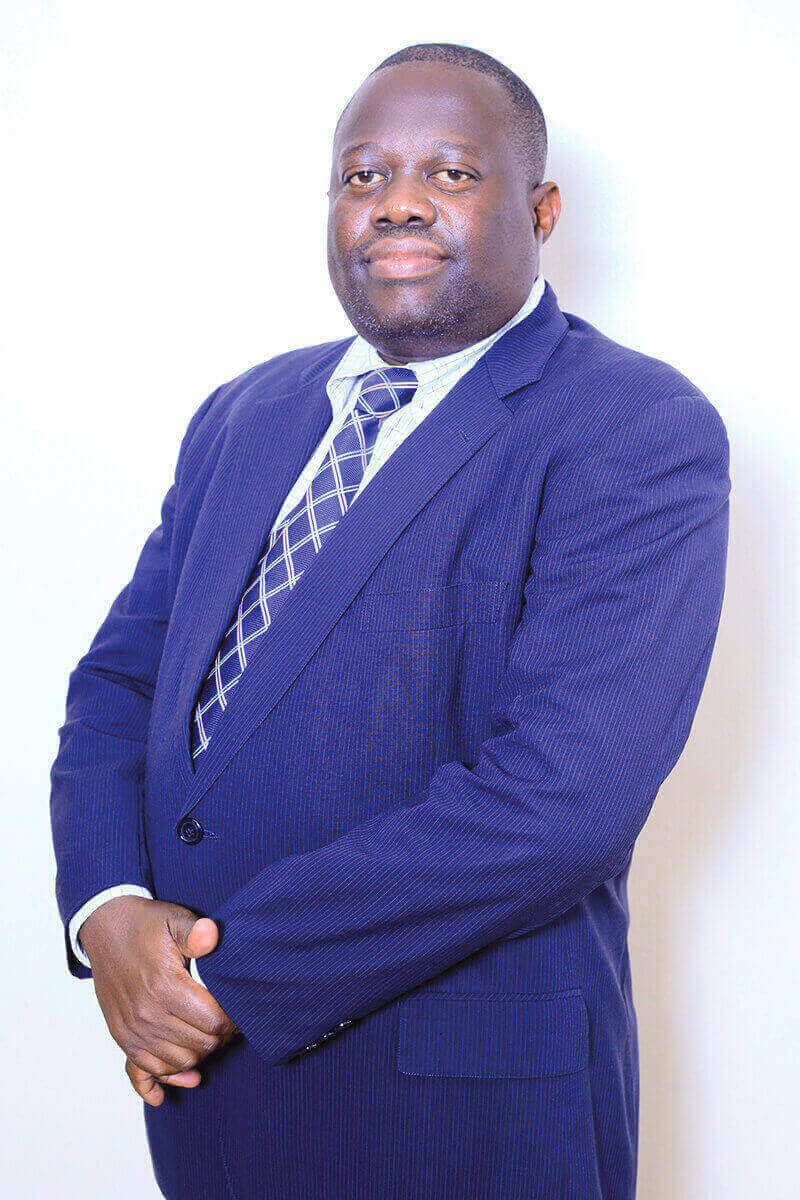 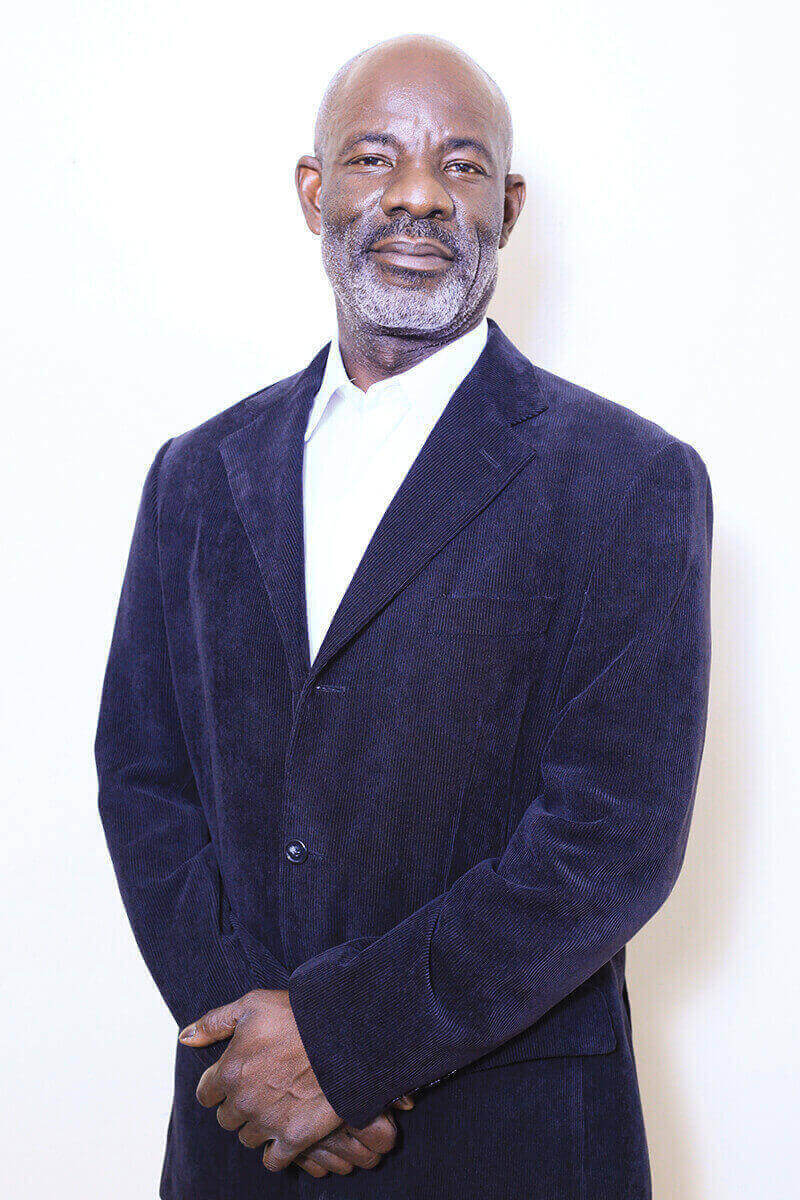 Head, Information and Communication Technology
Mr. Ombuoro was appointed as the Head of ICT department in February 2008.
Previously, he had worked in at Diamond Trust Bank Kenya as Systems Administrator, Fintech Kenya as Banking Division Consultant, Crane Bank Uganda as Manager ICT and Fina Bank as Head of ICT. He holds a degree in Commerce and certificates in Software Development. Patrick has over twenty-one years of working experience in ICT. 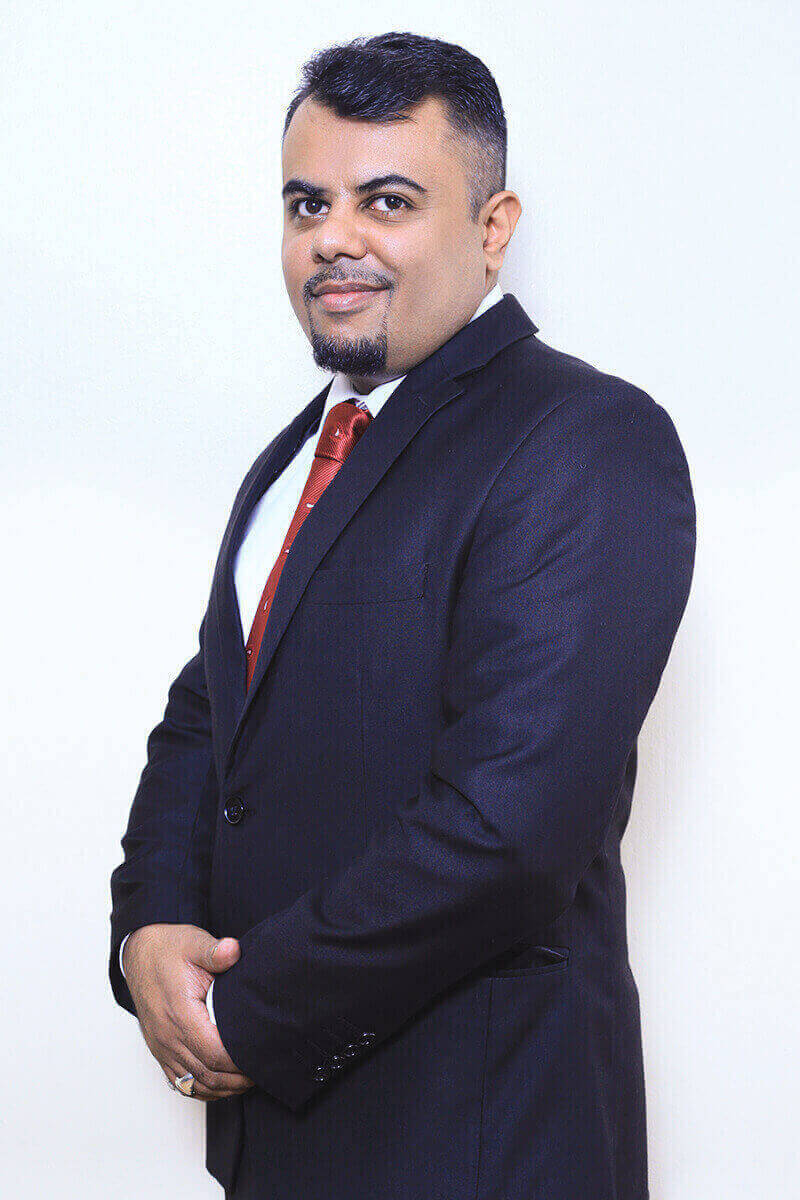 Hussein Omar was appointed as Head of Products and Projects of Diamond Trust Bank Uganda Limited in February 2016.
Hussein has been with DTB Group for the last fifteen years and grown through the ranks. He commenced at DTB Kenya ICT team in 2004 and later moved to DTB Burundi in 2009 as Head of ICT. He was appointed Head of Operations and ICT at DTB Burundi from 2012 to 2015. He has been instrumental in the initial setup of the Bank’s Operations in Burundi and has been involved in handling various projects across the region. He has since been at the helm of the current technological and product growth in Uganda. Hussein holds an Advanced Diploma in Computer Engineering and is ITIL Certified as well as a CPISI. He has also completed a course in High Performance Master Class 2019. 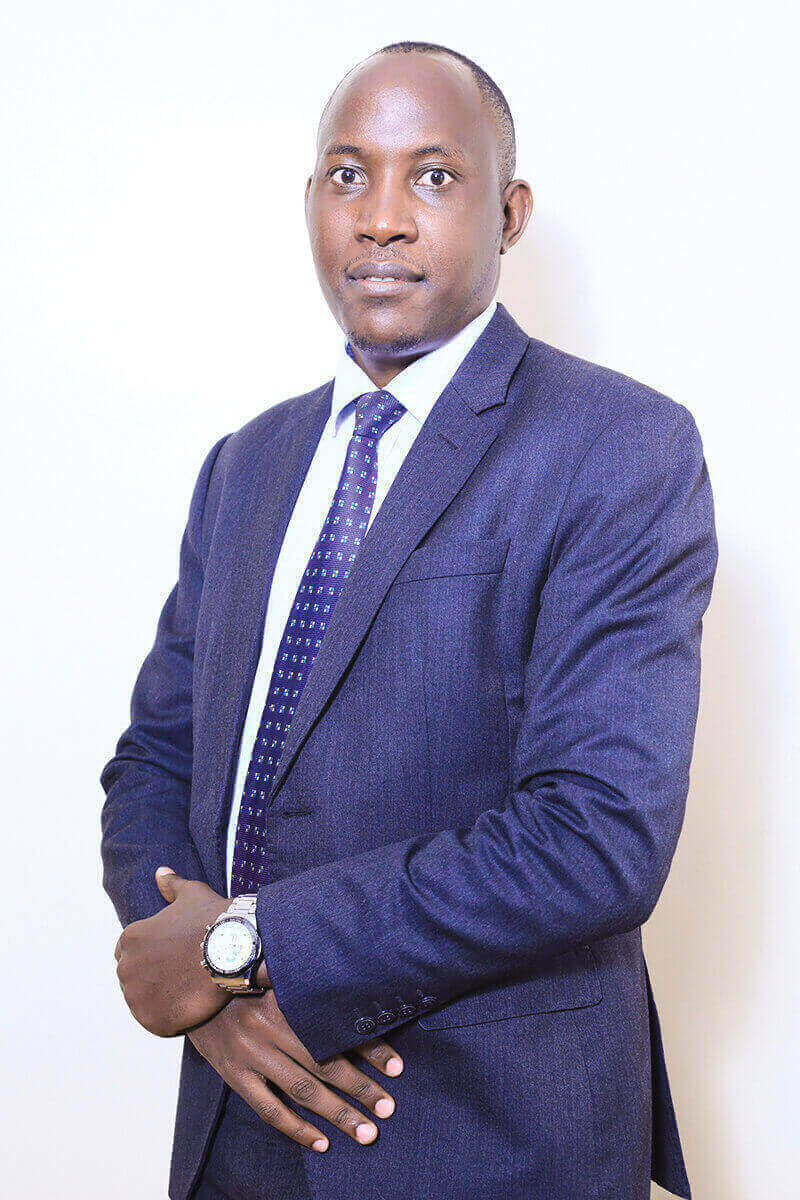 Moses joined DTB Uganda in 2011 as the Head of Compliance and was appointed Head of Risk Management in May 2016. Prior to his joining Moses worked as a senior associate at KPMG, a global network of professional firms providing audit, tax, and advisory services.
He holds a Bachelor of Science (BSc-Maths and Statistics) degree from Makerere University Kampala and a Masters in Business Administration Degree from Edinburgh Business School, Heriot-Watt University. Besides being a Certified Public Accountant (CPA) of Uganda and a registered member of the Institute of Certified Public Accountants of Uganda (ICPAU), Moses is a Fellow and member of the ACCA (the Association of Chartered Certified Accountants), a global body for professional accountants. 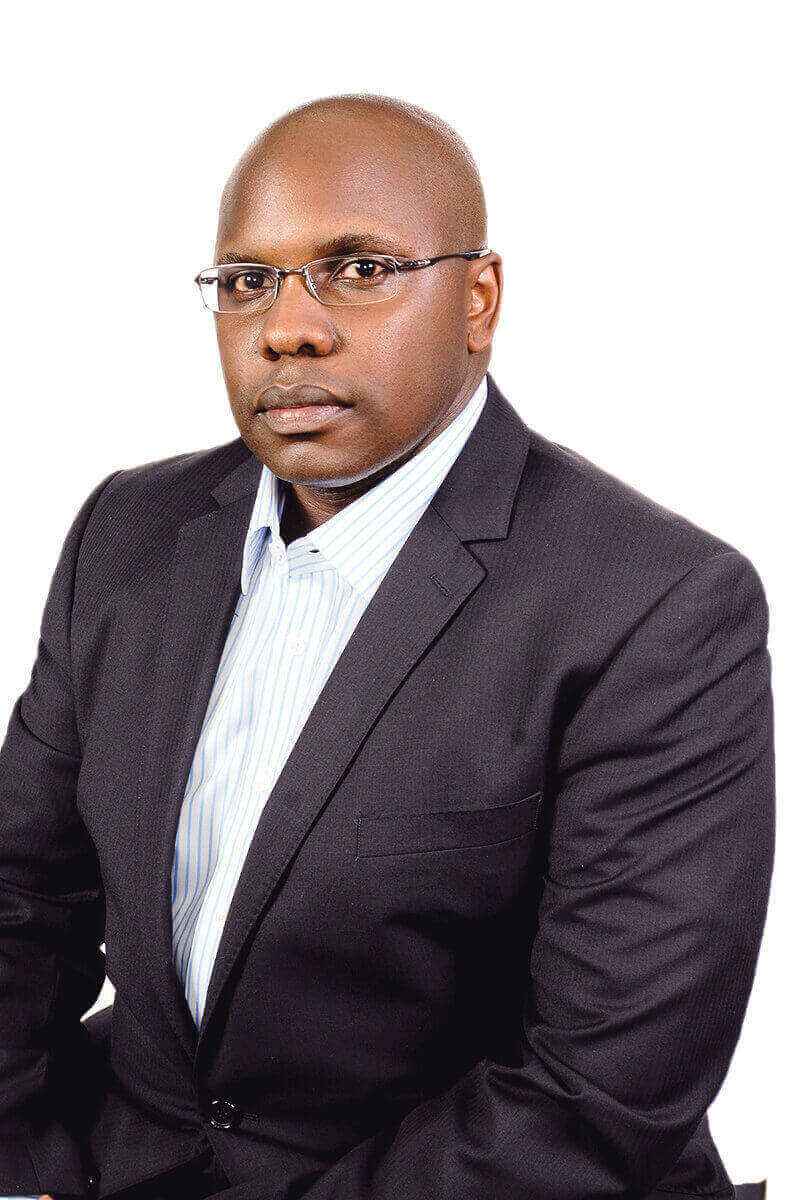 Francis Louis Kibuuka joined the bank as Senior Manager Risk in April 2015 and was subsequently appointed as Head of Compliance of Diamond Trust Bank Uganda Limited in August 2016. Before joining the bank, Francis worked with Ernst & Young UK, Cambridge office in the audit department for one year and before that he worked with Deloitte LLP UK for one and a half years and Ernst & Young Uganda for eight years still in the respective audit departments. He has over fifteen years of professional experience in accountancy. Francis is a Fellow of the Association of Chartered Certified Accountants and is also a member of the Institute of Certified Public Accountants of Uganda (ICPAU). He holds a Bachelor of Business Administration and Management Degree from Uganda Martyrs University Nkozi. 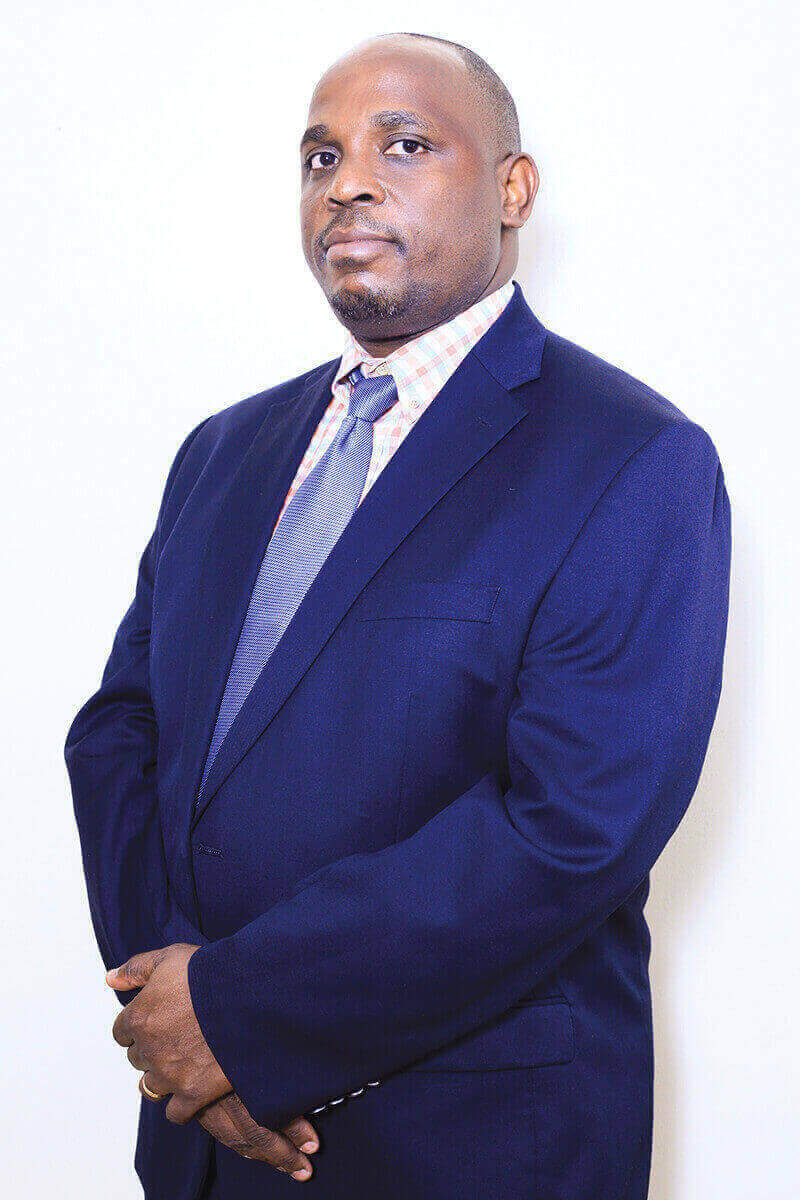 Mr. Balinda Benjamin was appointed Head of Internal Audit of Diamond Trust Bank Uganda Limited in May 2007. Mr. Balinda previously held the position of Senior Internal Auditor in Post Bank Uganda. He holds a Bachelor’s Degree in accounting from Makerere University, a post-graduate diploma in financial management from the Uganda Management Institute and is a member of Institute of Internal Auditors (IIA) and Institute of Certified Public Accountants of Uganda (ICPAU). He is also the chairman of the Uganda Bankers fraud subcommittee. Benjamin has a combined audit experience of twenty years. 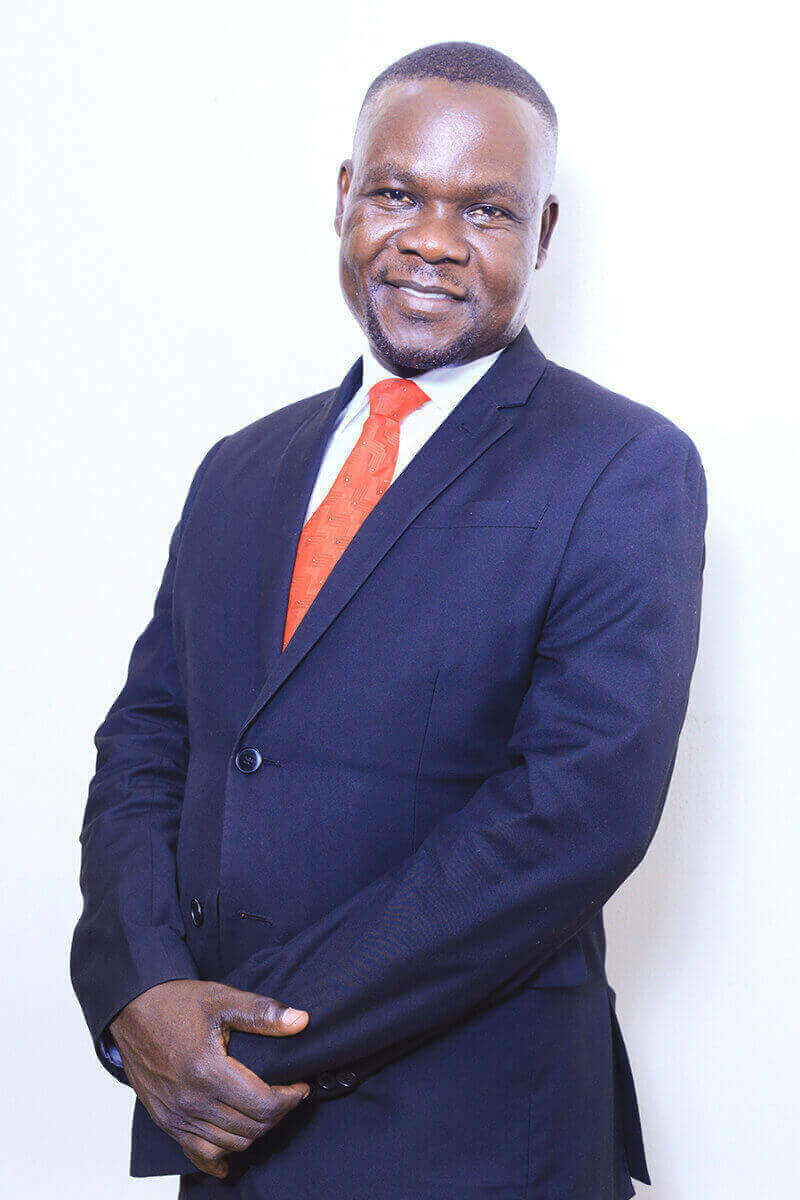 Clayton joined DTB Uganda in the year 2017 as the Head of Forensic Investigations, Security & Fraud Management. Prior to joining DTB, he worked as Manager Forensic Investigations & Loss Recovery for Stanbic Bank Uganda, Head of Safety & Security at Crown Beverages, Head Security at Eskom Uganda among others. He was a senior police officer in criminal investigations directorate. Clayton holds a Master’s Degree in Business Administrations from Uganda Management Institute (UMI), Bachelor of Commerce from Makerere University Kampala. He is a certified fraud examiner and a member of the Association of Certified Fraud Examiners of USA. He is also certified in digital forensic investigations and corporate security management.

How can we help you today?